The House on Highfield Lane: IFcomp 2021 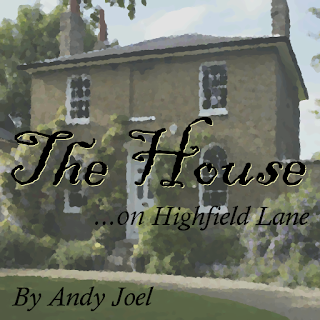 The House on Highfield Lane is a parser-based work by Andy Joel that was submitted into IFcomp 2021.

The player begins by steering Mandy, the protagonist, into a creepy old house. The rest of the story involves trying to find a way out of it. I thought that the puzzles were engaging, but the story felt like the triangle of identities was out of alignment.

The player and the protagonist of The House on Highfield Lane are kept separate from each other. This happens through narrative details, like the third-person perspective of the writing, and also through design choices that isolate the player’s knowledge from the character’s knowledge.

I knew that brevity was the soul of wit, but Mandy didn’t know that, so one of the puzzles involved guiding her to a place where she could discover the answer. On the other hand, contraptions in the house were described in ways that made them seem familiar to Mandy and entirely alien to me.

As she explored the House on Highfield Lane, Mandy might have been fascinated by the experiments in reversing death and transferring consciousness. Maybe she was horrified. The narrative distance left me feeling detached and unmotivated. Escaping from the house became her problem, not mine.

Overall, this was a smoothly implemented parser experience. Many aspects of the house were confusing, but they were intentionally confusing and bound by consistent rules. I didn’t need to spend a lot of time guessing obscure verbs, and the parser generally understood what I was trying to do. The technical craftsmanship was solid, and the narrative choices might appeal to the right audience.